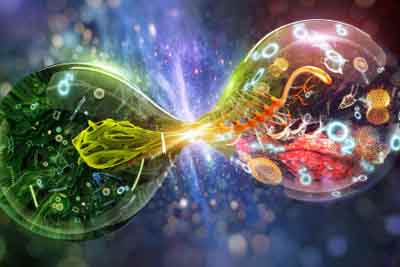 In this era, career percentage bends maximum towards either medical or engineering. However, we can say that due to an increase in the number of medical students, development of that particular field is rising quite fast. Biology is a branch of science which mainly deals with the study of human beings and other living organisms. This branch of science is further divided into two categories: Botany and Zoology. While botany deals with study of plants, zoology deals with that of human beings and animal kingdom.

However, a common tie between these two branches of biology is the cell which is known as the smallest unit of life. The study of the cell falls under a topic known as “Cell Theory”. Cell theory is in itself a vast subject, but we will start with the basics.

What is Cell Theory?

Matthias Schleiden and Theodor Schwann were the founders of this Cell theory. According to them, a cell is the fundamental and structural unit of life. Millions of cells form a human body. But one might think how can so many cells be produced? Well, this process is known as cell division, where a cell divides itself into two parts which result in two other cells. In this way, several parent cells produce several other cells. Three components derive from this theory and they are:

Scientists of this generation say that cell theory also states that:

Can the Number of Cells cause Division in Animal Kingdom?

The answer is yes. The animal kingdom is divided into two categories based upon the number of cells it contains. They are:

If Cells form an Organism, what are they made up of?

Well, this is an important question. If cells combine to form an organism, but what combines to form a cell? The answer to this question is, a cell consists of three main components which are similar in both plant and animal cells, and they are:

What are the functions of these components?

If a cell consists of these components they must perform some functions in order to keep a cell alive. Well, they actually have their own functions which help a cell to perform several activities.

A plasma or cell membrane protects a cell from harmful elements. It also helps to create a passage for different elements to move in or out of the cell body.

Like the brain is in charge of controlling a whole human body, the same goes for the nucleus of a cell.

What are the different organelles found in both plant and animal cells?

Organelles are the building blocks of a cell. There are six organelles which are present in both cells (plant and animal) and they are:

The prime functions of ribosomes are to manufacture protein and thereby they are called the “factories” of a cell. Ribosomes can be found on the border of rough endoplasmic reticulum.

Commonly known as the “store house’ of the cell, Golgi bodies store proteins produced by the ribosomes.

Lysosomes or “Suicide Sacs” are small structures covered by a thin membrane, which helps to remove poor organelles or food.

Referred to as the “power house’ of a cell, mitochondria are round “tube-like” structures, covered with two different membranes. A mitochondria produce energy from food molecules which helps a cell to perform several activities.

Vacuoles helps a cell by storing minerals and waste products.

What makes plant and animal cells different from each other?

A plant cell contains the following components which are unavailable in an animal cell:

A plant cell’s plasma membrane is covered by another hard substance called the cell wall which protects a cell from any harsh damage. This wall is composed of cellulose.

Ask a Biologist is giving some wonderful explanation of how the two cells differ both in terms of structure and function.

As we can see, understanding the basics of the cell is not an easy matter. However, it is one of the most interesting topics in biology. With the help of biology, one can understand how a life evolves and how beautiful a process it is. “The love for all living creatures is the noblest attribute of man” and this is expressed in the form of biology.

How is Cell a significant element in Biology?

Biology is a significant study of life and living organism on earth. A science includes going deep into evolution, physical formation, chemical operations, molecular interactions, and development of living organisms. Biology has been procured from Greek words bios, which mean life, and logos, which implies study.

In most cases, biology is considered to have many subfields such as botany, zoology, and ecology, where botany is the study of plants, zoology is about animals and other living organisms and ecology talks about how organisms interact with their surroundings.

Adding to this, cell is the mostly researched topics in biology. Let’s have a look at brief description about biology.

The radical units of life

Cell is said to be the fundamental unit of living beings. Every living being of this world comprises of one or more cell i.e. unicellular and multicellular organisms. Cells are said to arise from precedent cells through a process called cell division. Cell division is a process in which a pre – existing cell or a parent cell divides itself into two or more new cells or daughter cells.

In multicellular organism’s body, every cell comes from a single cell after an egg has been fertilized where as in unicellular organisms; the existing cell slowly disappears in order give birth to new cells. Cells are called the “powerhouse” of energy of living organisms. They not only carry the flow of energy, but also process hereditary information or DNA through genes.

Genes are taken as the prime unit of inheritance in lives of all living beings. A unit describing heredity is called genes. They correlate with DNA that brings change in formation and function of an organism in a particular way.

DNAs are reproduced into RNAs with the help of cells, further it is produced into a sequence of amino acid which are called proteins. DNAs are shaped in linear and circular form chromosomes. Chromosomes are the systematic arrangements consists DNA and histones. Genetic information is held within genes and complete coordination of information is called genotype.

Capability of maintaining a continuous environment within a body in reciprocation to that of external environmental changes is called homeostasis. In order to preserve the equilibrium of a body and to bring off functions efficiently a system must detect and act accordingly to stress.

Formation of a cell in Living Beings and their respective Functions

After multiple research and studies, biologists have found that the cells are a combination of complex structured components. These components are mainly divided into three segments: nucleus, cytoplasm, and cell membrane.

Nucleus is the centre of a cell and controls all of its functions, cytoplasm is a jelly like fluid that provides a platform for many other elements used for cell’s function, and last is the cell membrane that holds the full cell together and protected.

A brief explanation of the following parts is mentioned below:

A nucleus is the centre of a cell that is responsible for its function. It is made up of a membrane that is called nucleus membrane around a fluid called nucleoplasm. The nucleoplasm contains a thread like structure, chromatins which have DNA and genetic substance of the cell. Nucleolus is the centre of nucleus, which is densely populated by RNA. A nucleus decides how a cell should perform, and what will it look like.

The jelly like fluid that a cell contains is called cytoplasm. It is a space where chemical combinations take place and other organelles within the cell can run through. Growth, development, and reduplication of cell are processed in cytoplasm.

Little organisms that are found in cytoplasm are named cytoplasmic organelles. Each of these organelles has explicit structure and particular role in functioning of a cell. Examples of such organelles are:

Mitochondria are referred to as the “powerhouse” of a cell. They are structured with protein and are rich in fat enzymes. They help a cell in respiration and produces energy for the cell to work.

An element that helps in the formation of protein, they bind amino acids together and make protein. These are found in the cytoplasm surrounding a nucleus.

An arrangement of tube like structure that acts as a passage for proteins, molecules and other enzymes to pass through. Endoplasmic reticulum helps in making fats and carbohydrates for a cell to get energy and function smoothly.

It is an organelle that is found in the cytoplasm, which helps in arranging, sorting, and packaging of the proteins secreted, by other organelles. Further helps in transportation of fats to all parts of the cell.

A cellular fluid, called membrane, covers every single cell of a human body. Cell membrane helps in separating externals elements from the internals, andacts a pathway of the molecule to travel inside out of the cell. Cell membrane provides a sheer protection to cell and its inside elements.

Biology has emerged as an expressive study of different life forms in the category of plants and animal kingdom. It is all about analysis and classification of enumerable amounts of molecules. These molecules and their respective information are procured by biologists and geneticists.

Maja Kazazic is an associate professor at International College of Financial Planning. He holds a degree in MBA with a job experience of six years. He is widely known for innovative methods of teaching. He takes a deep in interest in biology and other subjects of science. She has been a part of the helpmeinhomework.com done group for the past three years and she has brought great success upon herself. Apart from academics she also loves travelling and blogging.