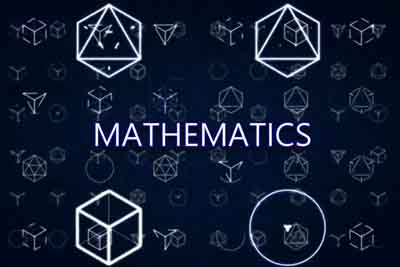 Probability is the chance of anything which happens in future. It indicates as a number between zero to one and percentages scaling from zero to hundred percent. It can be demonstrated as a fraction, a decimal, a per cent, or as odds.

Generally we can calculate a probability with a number such as, ten per cent chance or we can also use words like not possible, unexpected, achievable, an even chance. Suppose a probability of zero designates that there is a clear sign of particular event will not occur. On the other hand, a probability of one shows that an event is to happen.

There are different types of probability are as follows:

Classic probability is involved tossing of coins or rolling of dices. It is generally evaluated by adding all number of possible outcomes and note down the real happenings. If you are throwing a coin, outcomes will be either head or tail. If one tosses a coin for five consecutive times, one need to count the entire time the coin has been tossed.

Experimental probability is established in the entire number of possible outcomes. Let’s presume one toss a coin, then total outcome will be of two heads and two tails. It is resolved by the whole sum of coin is flicked. Suppose if the coin is flicked for 40 times and it comes down on heads 20 times, then the experimental probability will be 40/20.

Theoretical probability is a common method used in the possible probability on the higher chances of something happen. There are total six possible numbers of outcomes and one rolled a die which lands on 3 then the probability will be 1/6, chance of landing on the number 3.

This is a type of probability which comes from individual’s point of view or own personal opinions about even if a specific result will occur or not. It carries no formal estimations and throws back the subject’s perspective and past occurrence.

Mentioned below are some easy ways to improve probability problems:

Throwing a dice is more convoluted than tossing the coins. It is because due to the chances of probability is higher in dice not in the coins. If one throws a dice then the total number of possible outcomes will be six. The probability of getting an event will be 1/6.

When you have more than one dice then it became interesting as well as complicated. If the problem given to you to throw two dices at a time. The number of possible results for the summation of two dices will be 36 outcomes. Then accordingly to the problem given one need to solve with the help of the chart.

A single coin has two sides, one is the head (H) and another one is the tail (T). These are the two outcomes of tossing a single coin and this is the simplest problem one can get in an exam.

If there is a mathematical problem about tossing coins thrice then the total number of outcomes will be (HHH, HHT, HTH, THH, TTH, THT, HTT, and TTT). This is not at all easy to solve if one does not know about the basics of probability.

Most people today struggle with solving mathematics problems, and they don’t really have the exact approach by which they can tackle with problem solving in mathematics. Either the procedure is lengthy or an entire struggle to solve a sum goes in vain when it all comes down to providing the wrong result.

So here are some ways and tips to help with primarily solving your probability sums in a precise and easy way. Now to solve probability problems we must first know –

Probability is the ratio of the possible outcome driven from a set of possibilities which constitute a given situation or an event, and is completely based on the quality or the mind-set of being probable.

Talking about the history of probability, it is mainly originated between the era of 16th and 17th centuries. This concept was invented by Pascal, Fermat, and Cardano. They segmented and studied about possibilities and based their studies on complete hypothesis of things from which the outcome was drawn.

This came to be known as probability. It is the complete likelihood of things not gaining the accurate result, but can have many outcomes and possibilities of things.

Now, we will dive into a real time probability problems and look for approaches of dealing with it and how to go about problem solving in a much simpler way.

Now moving forward with the approach in sums, let us first try one basic sum of probability, this will give you an exact idea about what probability really is, and why assumption mainly works as a guideline in determination of probability.

This can better be explained with the help of an example, let us say we have a bag containing a sum total of 100 balls out of which 50 are red and 50 are blue balls. Now from here we have to derive the possibility of 1 red ball to be picked.

Now how do we go about solving this problem? Well this is very easy. First we write what is the total number of balls in the bag. Then the next step is to write as to how many red and how many blue balls are there. Now the possibility of picking up 1 red ball out of the given 50 red balls comes with dividing 50 by 1 which equals to 50.  So the probability of 1 red ball to be picked out of 50 red balls is 50.

The various types of probability

These various kinds of possibility derivations tend to determine under what circumstances a result can be procured based completely on assumption and hypothesis.

Below we have a simple diagram for you, to help understand probability better:

The combination of the following coins will give you an ultimate possibility of the experiment conducted.

Also, probability does not come in the form of applied mathematics where we are given a certain set of norms and formulas to solve a certain mathematical problem, but is completely based on assumption and factors based on the occurrence of a given situation or circumstance. As can be seen, Probability is not only based on numerical and problem solving methods, it is also related to our day to day life.

Maja Kazazic is known as one of the most talented tutor of all time because of her unique style of teaching. He has a MBA degree along with an experience of more than six years being a professor at The University of Chicago. He also has a cooking blog of his own and he is connected with helpmeinhomework.com for the last two years as an online tutor.